Sainsbury’s has been fined £1 million for a ‘booby trap’ which caused horrific injuries to a shopper at one of its stores.

The supermarket was fined following its first health and safety conviction after the jaw of a customer was shattered by the inadvertent car park trap.

The customer suffered life-changing injuries and needed titanium plates inserted in her jaw after falling victim to the trap while travelling in her mobility scooter. She could have been decapitated by twine stretched taut between two car park pillars, a court heard.

Reading Magistrates’ Court was told that the system put thousands of customers at the Sainsbury’s superstore in Newbury at risk. 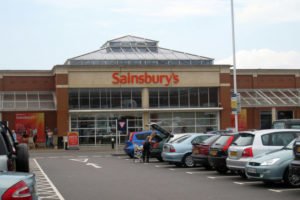 Elizabeth Varcoe, prosecuting on behalf of West Berkshire Council, said the store had created a queuing system in the car park during the coronavirus lockdown using high visibility, red and white plastic tape to mark lanes.

However, when these were vandalised, the store manager opted to use thin but strong baler twine drawn taut between two pillars in one area. On 21 June 2020 the customer arrived at the store on her mobility scooter and ran into the twine at speed, face first.

Ms Varcoe said the twine caused horrific injuries, splitting the customer’s mouth open and fracturing her teeth, jaw and palate. She was taken to the John Radcliffe Hospital in Oxford for emergency surgery.

Surgeons had to implant titanium plates and screws to rebuild her jaw and palate, and she now needs ongoing medical treatment.

Ms Varcoe suggested the twine amounted to an inadvertent “booby trap”, which could have strangled or even decapitated someone during the seven weeks it was used. She said no risk assessment had been conducted on the use of the twine to replace the plastic tape.

Sainsbury Supermarkets Ltd, who has an annual turnover of £24 billion, admitted exposing customers to danger and failing to make a suitable risk assessment contrary to the Health and Safety at Work etc Act 1974.

Kate Blackwell QC, a Sainsburys spokesperson pointed out that the company had a previously spotless health and safety record with zero previous convictions.

She added that store management had co-operated with the investigation throughout – immediate steps were taken to remove the twine and that the company had so far paid more than £31,000 towards the victim’s medical and care bills although a civil case was also pending.

Ms Blackwell added that the store manager had decided to use the twine “for the best of reasons” and challenged a suggestion that the customer could have been decapitated.

District Judge Samuel Goozee responded: “Care should be taken not to sensationalise the risk”.

He acknowledged that the company “had to rapidly respond to Government guidance to protect the public during a pandemic while continuing to provide an essential service to the public,” but added: “A sufficient risk assessment would have identified the risks from the baler twine extended between metal posts.

“Ironically the manager’s decision to use the twine was a response to other health and safety issues that would have arisen from vandalism and weather damage. Nevertheless, it was a decision that was inadequate”.

The judge fined the supermarket £1 million and ordered the company to pay £18,263.62 costs, plus a statutory victim services surcharge of £190.

Following the sentencing, a Sainsbury’s spokesperson said: “Safety is our highest priority and we were deeply concerned by this incident.

“We launched an immediate investigation and urgent steps were taken to prevent this from ever happening again. We are also in close contact with [the customer] and continue to support her recovery in any way we can.”

Cllr Hilary Cole, West Berkshire Executive Member for Housing, Strategic Partnership and Transformation said: “This was a serious accident which is clearly reflected in the penalty. It is important that all employers have robust risk assessments and they are effectively implemented”.